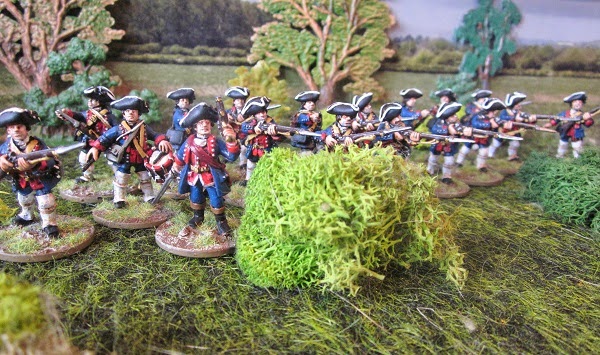 Months ago Galloping Major Miniatures were doing a deal on their new FIW range- so I went ahead and bought some of their very nice figures - 'but its easier to buy figures than it is to paint them !' and it has taken till now to get them done. 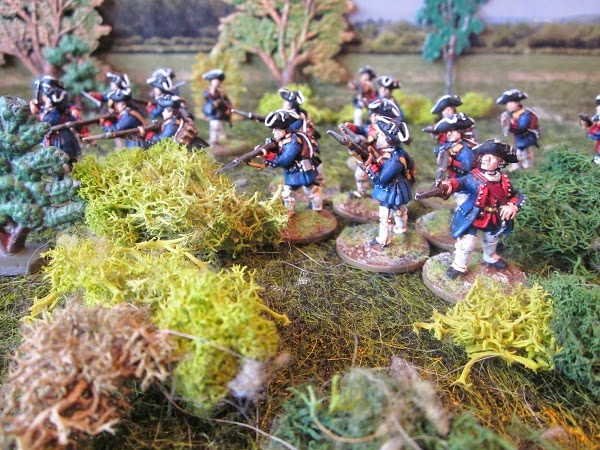 I've painted them as the Virginia Regiment - which was commanded by George Washington during the French Indian War . I will be using these with the 'Tomahawks and Muskets' rules . 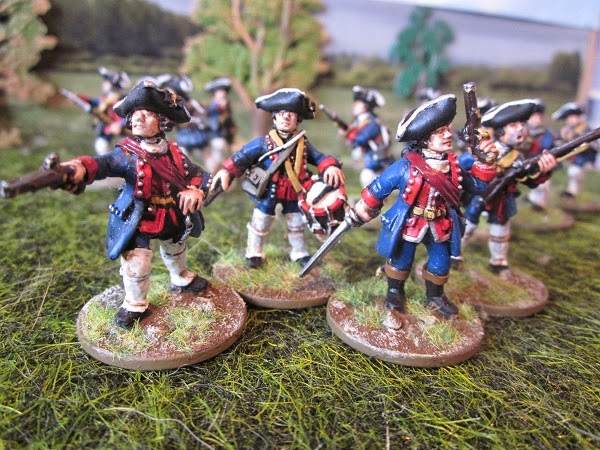 The command figures , Galloping Major do a very nice range of figures - rather 'chunky' maybe but they match well with most of the other ranges out there.