The Bridge At Forgerons (Part 2) As dawn breaks on the second day these are the positions of the troops they have occupied during the night . Reinforcements will be diced for each move and their entry points randomly allocated. 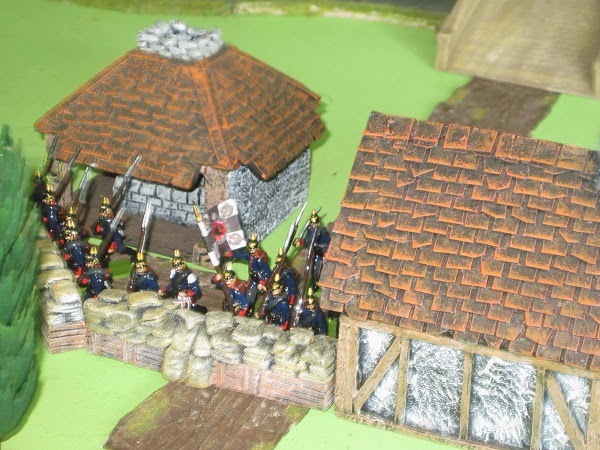 The Prussians have barricaded the village and await the French onslaught. 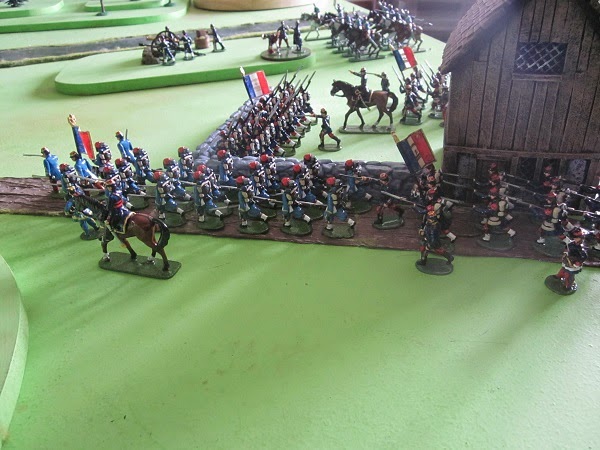 The French reinforcements arrive promptly on the first move !. 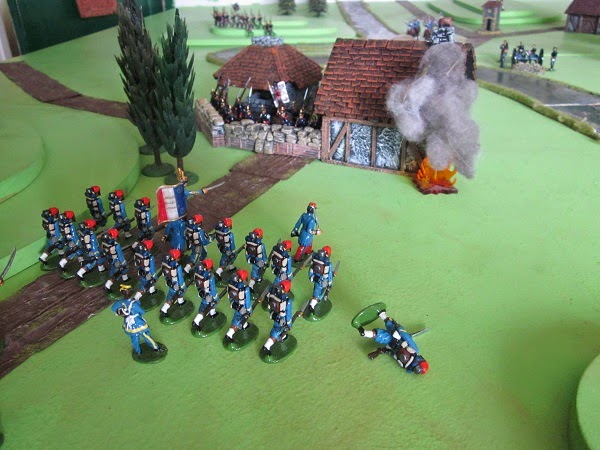 They deploy ready to attack !. 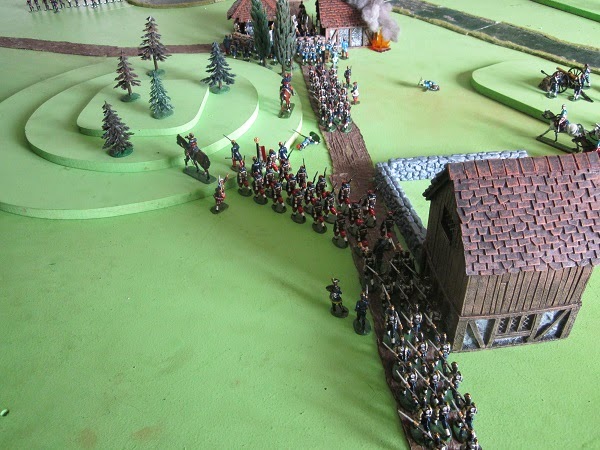 More French troops move onto the table and manoeuvre to outflank the village . 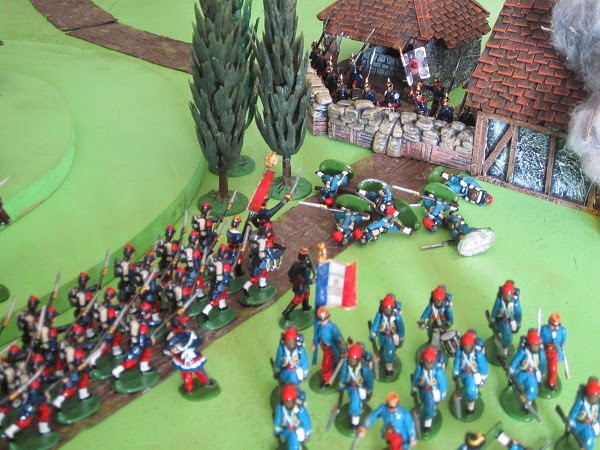 The Turcos are driven off , but French artillery fire sets the house alight as another attack goes in . 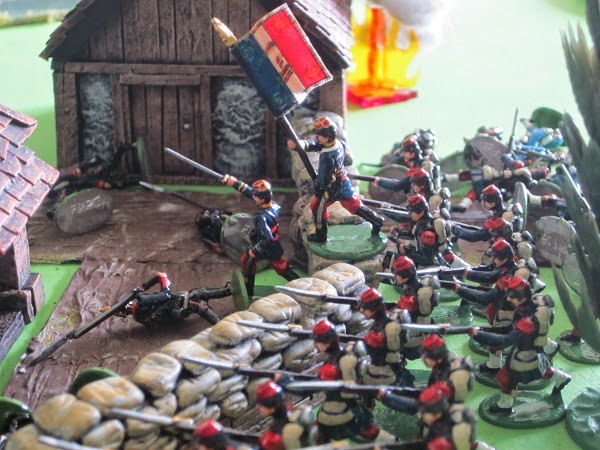 The Prussians are routed ! and the French capture the village . 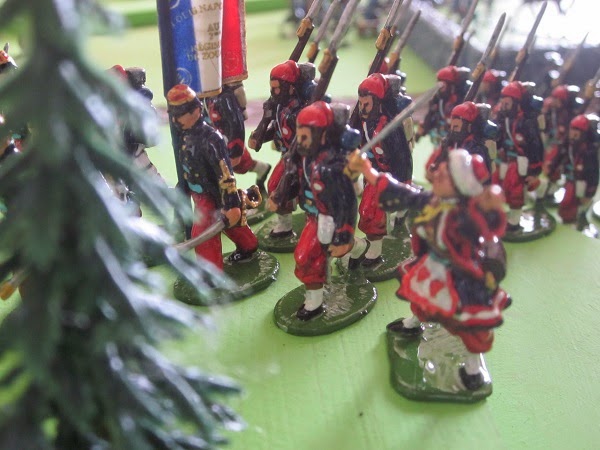 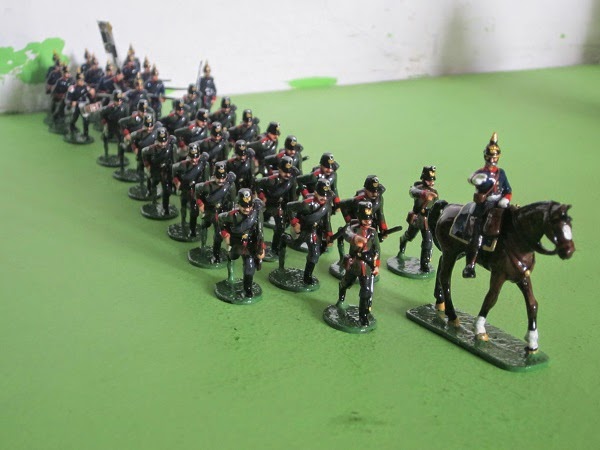 The first Prussian reserves arrive - late and in the wrong place . 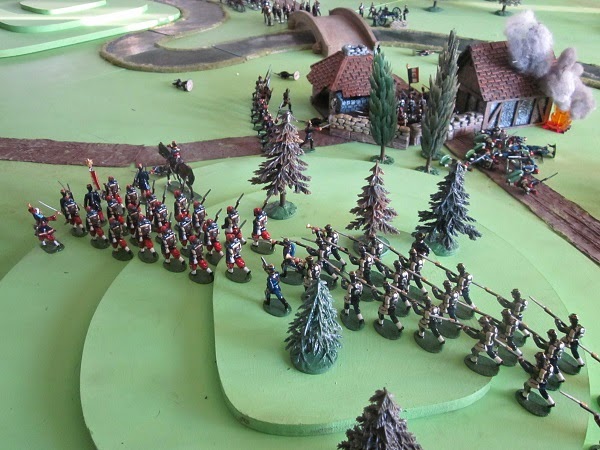 The French drive back a assault on the village and the Prussians are forced to retire or be cut off. 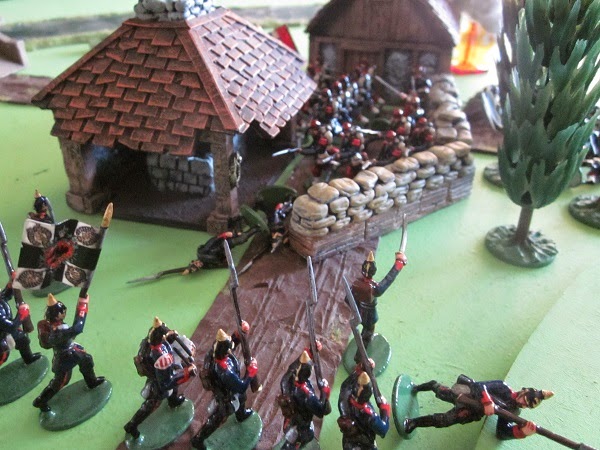 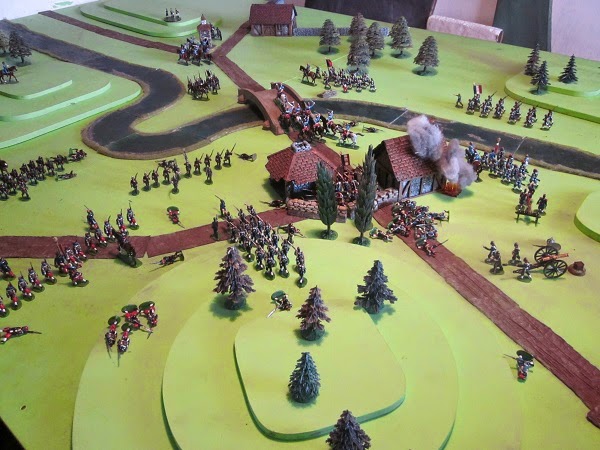 Bye midday the French have the village , on the left their troops deploy to counter Prussian reinforcements. French cavalry cross the bridge and their infantry cross the river further down and march to secure the right flank. The Prussians were hampered by the late arrival of reinforcements and their artillery at the bridge running out of ammo . 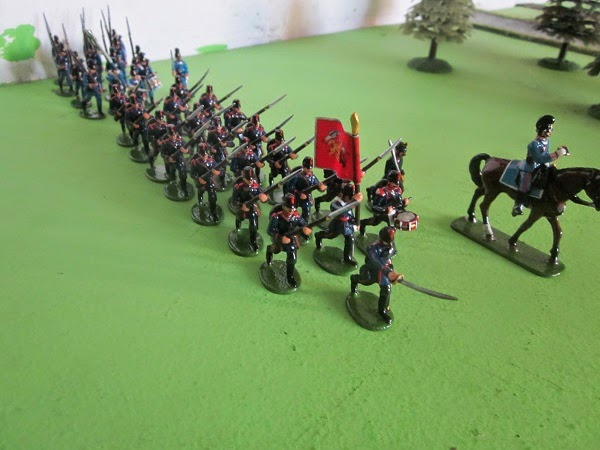 More Prussian troops enter the table but to late now to have any bearing on the outcome of the conflict. 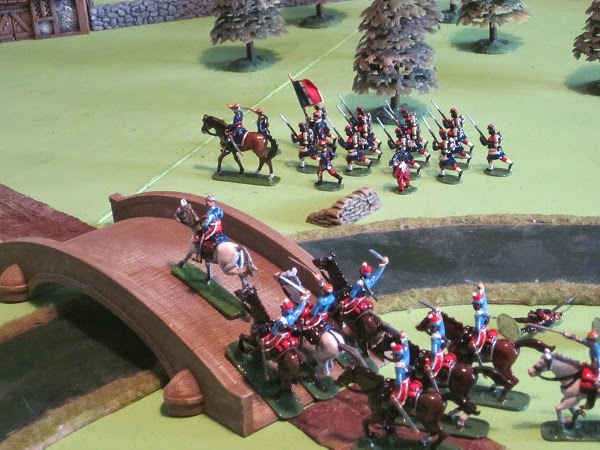 The Chasseurs D' Africa charge over the bridge and rout the Prussian Dragoons as their infantry move up to support them . 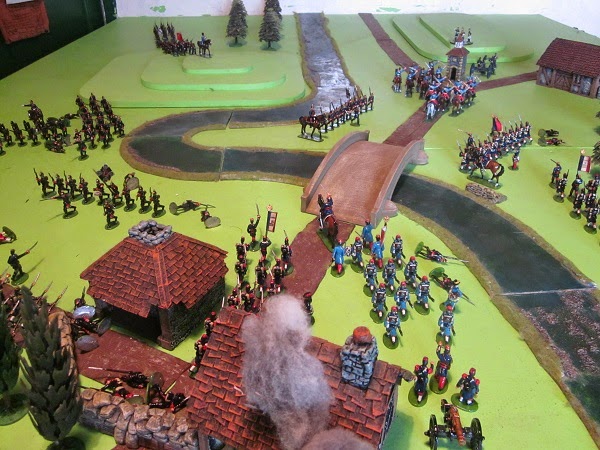 As the day draws to a close the French pore troops towards and over the bridge as the remnants of the Prussian troops on that side of the river retire. 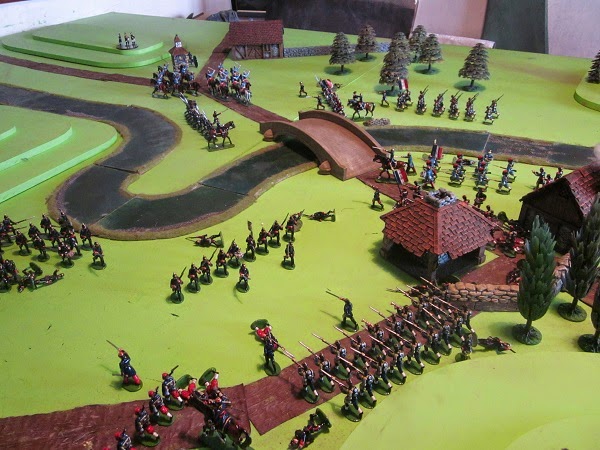 The final move of the game and the Prussian threat to the French left is not going to materialise and the Prussian High Command signals their forces to retire - a French victory !. A great game - the poor Prussians were hampered by the non-arrival of reinforcements and when they did arrive they appeared at the least helpful position . The French getting theirs first thing in the morning allowed them to manoeuvre the Prussians away from the bridge and thus capture it. The Featherstone Horse and Musket rules worked brilliantly and gave a quick and easy game. 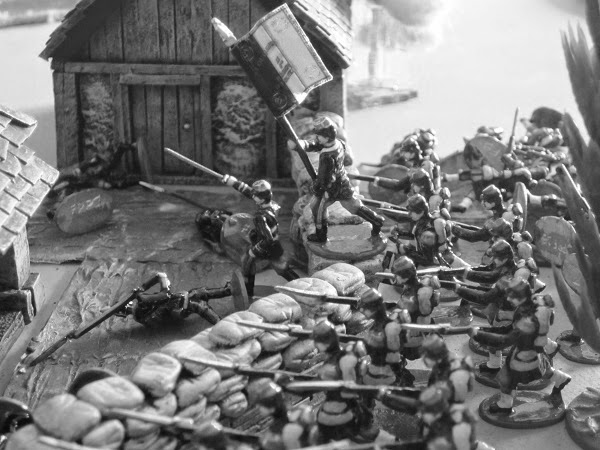 The moment of triumph !